Blog - Latest News
You are here: Home / Real Estate Related / A Real Estate Data API Can Help You Provide This One Factor That A Super-Agent... 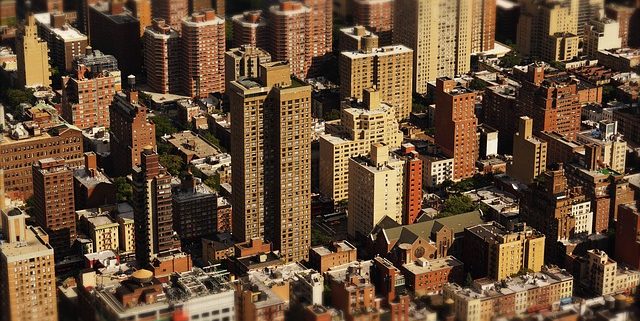 Ryan Serhant, one of the top real estate agents in NYC, mentions this one reason for his success.

A Real Estate Data API can help you with a strategy that one of the top agents in the business cites for his success.

His name is Ryan Serhant. He’s the Superman of real estate in Metropolis (The Big Apple.)

By now, most people in the real estate biz know who Serhant is.

He’s one of the agents featured on “Million Dollar Listing: New York.”

Serhant is ranked 15th out of the 100 most successful sales people in NYC. He is a regular contributor about the real estate market on FOX, CNN, ABC, CBS and CNBC.

As you can imagine, New York is one tough market. Selling high-end listings in the NYC stratosphere is even tougher.

So what does someone that successful do in their free time?

His new book is titled, “Sell It Like Serhant.” (Which is now the title of his own television show).

We don’t know all the tips and details in his book but we did notice something he said while being interviewed on CNBC.

He said the real key to sales is to work on the relationship with the client. Establish a rapport with buyers. Don’t just go for the sale. Find out not only what they want, but their concerns. Get them to trust you. And act in a trustworthy, consultative role.

In fact, Serhant boils his approach down to just one attribute: “Assurance.”

When someone is about to plunk down $3 million for a 1,500 square foot condo in a city where home prices are already insane, that person wants to be confident they are making the right decision.

Obviously, an agent can’t give them a 100% guarantee.

But a customer would certainly like to hear something more than, “Trust me. It’s a good deal.”

“It’s a matter of assurance. That’s what selling really is. It’s not convincing, it’s not pushing. It’s assuring,” he said.

That’s where a Real Estate Data API can be a very useful tool for brokers and agents.

With this property API, an agent is not just telling someone this is a good deal (or not a good deal). They present evidence.

A sample of the information supplied by a hyper-local Real Estate Data API..

That data can include:

Be THE hyper-local resource

All a broker or agent does is embed that Real Estate Data API (basically a few snippets of code) into their website.

That code then pulls in all the property data requested and tailors it for each city, town, zip code or even down to the neighborhood or subdivision level.

When you watch Serhant on Million Dollar Listing, people can see all the characteristics of a successful agent – he’s got the thousand dollar suits, is driven around town by a chauffeur, owns a beautiful apartment and much more.

What most people don’t realize is that Serhant started in the business at probably one of the worst moments in American economic history.

His first day on the job was on Sept. 15, 2008, the day Lehman Brothers filed for bankruptcy and the subprime mortgage business collapsed. That catastrophe in turn dragged down real estate and the entire world economy with it.

As you can imagine, not too many people were in the mood to buy a million dollar apartment at that time. Prices dropped like the big ball in Times Square on New Year’s Eve.

To survive, Serhant had to scrape and claw his way out of that ditch in the most competitive market in the world. That certainly was no easy feat.

So, people might want to pay attention to what Serhant is saying.

Being reassuring to clients is certainly not rocket science.

But it does take discipline to hold back on pushing for just any quick sale.

And for savvy agents, it takes utilizing the best resources available on the market today. That would include a Real Estate Data API filled with hyper-local real estate market data.

Buy Serhant’s book. He obviously knows what he is doing.

As for the practice of assuring customers, get a Real Estate Data API embedded on your website to give clients the facts and the trustworthy assistance they want.

This Number Shows Why WordPress Real Estate Agent Websites Are The Right Ch... Real Estate Data Providers That Include Mapping Tools To Promote Value Of A...
Scroll to top